Blog / Festivals / 4 Things You Might Not Know About Vaisakhi 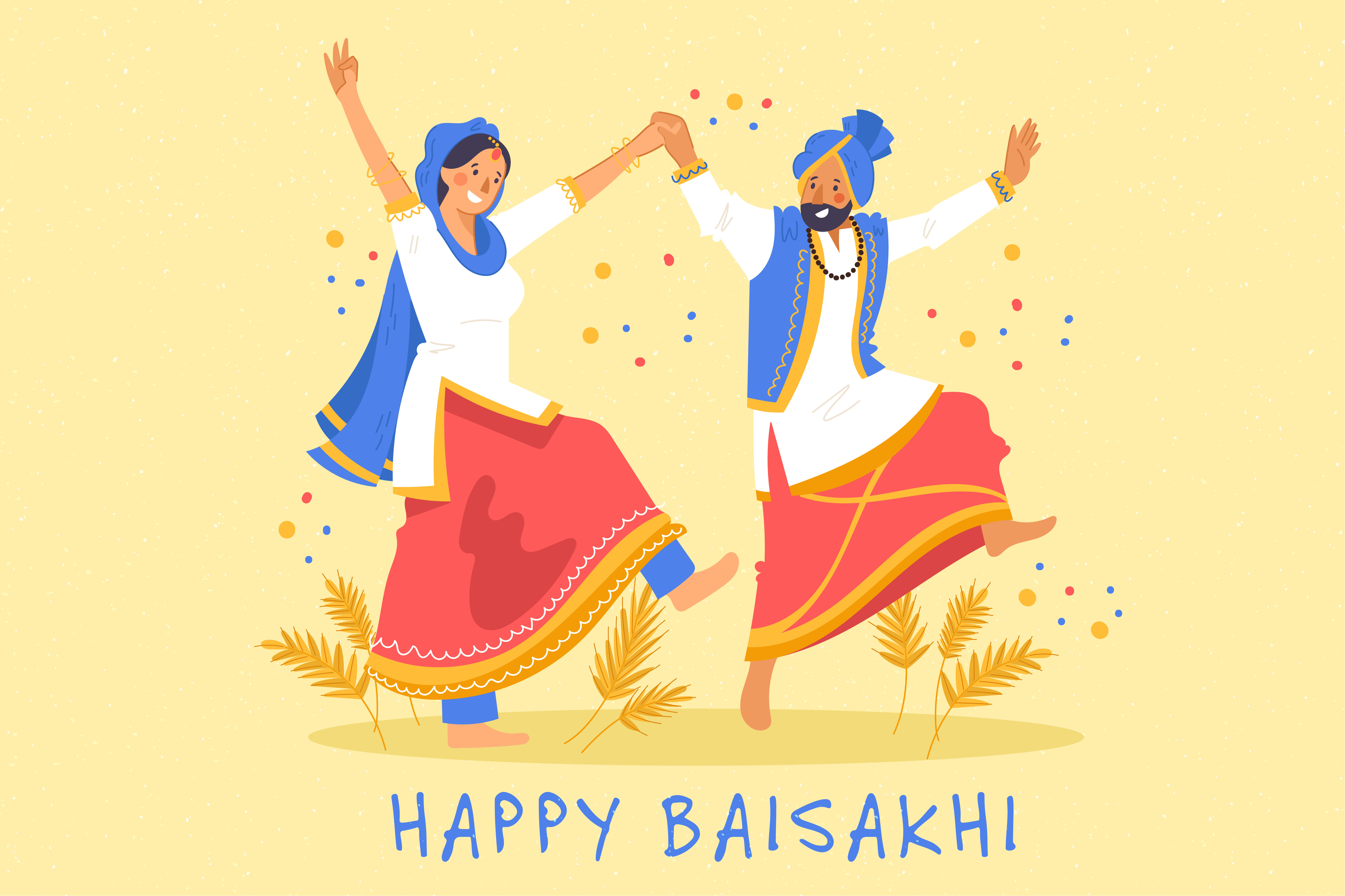 When we say Vaisakhi (Or Baisakhi), colorful, shiny pictures of people dancing the bhangra in colorful cultural dresses come to mind. Vaisakhi or Baisakhi is celebrated every year on the 14th of April and is a harvest festival that is most popular in the Northern Indian States, especially in Punjab & Haryana.

In general, Baisakhi is all about energetic folk dance and songs, mouth-watering homemade sweets, a gathering of local folks in a Baisakhi fair, etc. This is what we all have seen in our books where we used to read out the history of Vaisakhi in Punjabi or any other language.

My favorites were pictures, and the Baisakhi poem in the Hindi book in 6th standard was my favorite also 😁. However, the Vaisakhi poems in the Punjabi book represented the real essence of this harvest festival.

Sometimes Vaisakhi Special editions of local newspapers are also enough to give you the happy Vaisakhi picture that represents all the visuals mentioned above. Still, today we will learn something very new (at least according to me) about Vaisakhi.

1. It Is A Thanksgiving Day

Farmers throughout the year put their strenuous efforts into farming, and with God’s blessings, they get the desired results as healthy crops. The purpose of this festival is to say thanks to God and celebrate the success of farmers. So it is a kind of Thanksgiving day for Farmers.

2. Vaisakhi Celebrated In Other Regions

Most of us think that Baisakhi means Punjabis, bhangra, and food; however, it is not entirely true. Vaisakhi or Baisakhi is also celebrated in regions & states of the country other than just Punjab & Haryana. However, the festival name, rituals, and other things are different according to culture. In Bengal, the same festival is known as Naba Barsha, Tamil people celebrate it as Puthandu, and you will find people celebrating Vaisakhi as Pooram Vishu in Kerala.

Baisakhi is one of those Indian festivals with cultural and religious importance. Being a harvest festival, Baisakhi is a momentous day for North Indian culture. Apart from this, Baisakhi marks the birth of “Khalsa,” so it is also celebrated as a religious festival by Sikhs. Vaisakhi is also a fantastic day for the Hindu religion, and Hindus religiously celebrate this festival.

4. Love What You Grow

The accurate picture of Baisakhi is shown in rural Punjab because people in rural Punjab celebrate this festival in its purest form. For cities, Vaisakhi may mean having exceptional Punjabi food on the menu in different restaurants or availing offers in online shopping sales. But in rural Punjab, you will enjoy the homemade sweets made with jaggery, Sugarcane juice, Kheer, and many other amazing things that are naturally grown, and people love what they grow organically. It shows us that being close to nature is the best way to show gratitude.

What makes Vaisakhi so unique for you? What do you love the most about this harvest festival? How is Vaisakhi celebrated in your culture? I have many questions, and I’m excited to know your response in the comments!